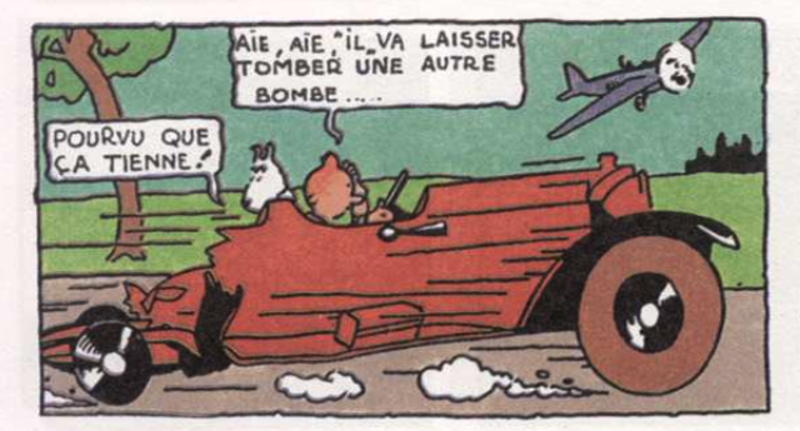 I think it could possibly have two meanings.

The most probable meaning (espérons que) is exactly what pat27 said, which could also be translated as "Let's hope it (the car) holds up/stays in one piece" or in order to capture more fully the sense of "pourvu que" and Milou's fear of the consequences if the car in fact fails to hold up, perhaps the following:

For the sake of our own survival, let's hope that it holds up.

AS LONG AS (instead of "Let's hope") it (the car) holds up/stays in one piece,

which would give the meaning of "He's going to bomb us again if/only if (provided that) the car holds up" (slightly optimistic, I suppose) or the more pessimistic "He'll continue dropping bombs as long as/(so long as) the car holds up."

it means "I hope it will remain operational". He hopes his repair/assembly won't break .

Not the answer you're looking for? Browse other questions tagged sens interjections or ask your own question.