Chance is a feminine noun. However I have seen people write "bon chance" and not "bonne chance". Even Google Translate translates "good luck" to "bon chance". Is "bon chance" really correct? 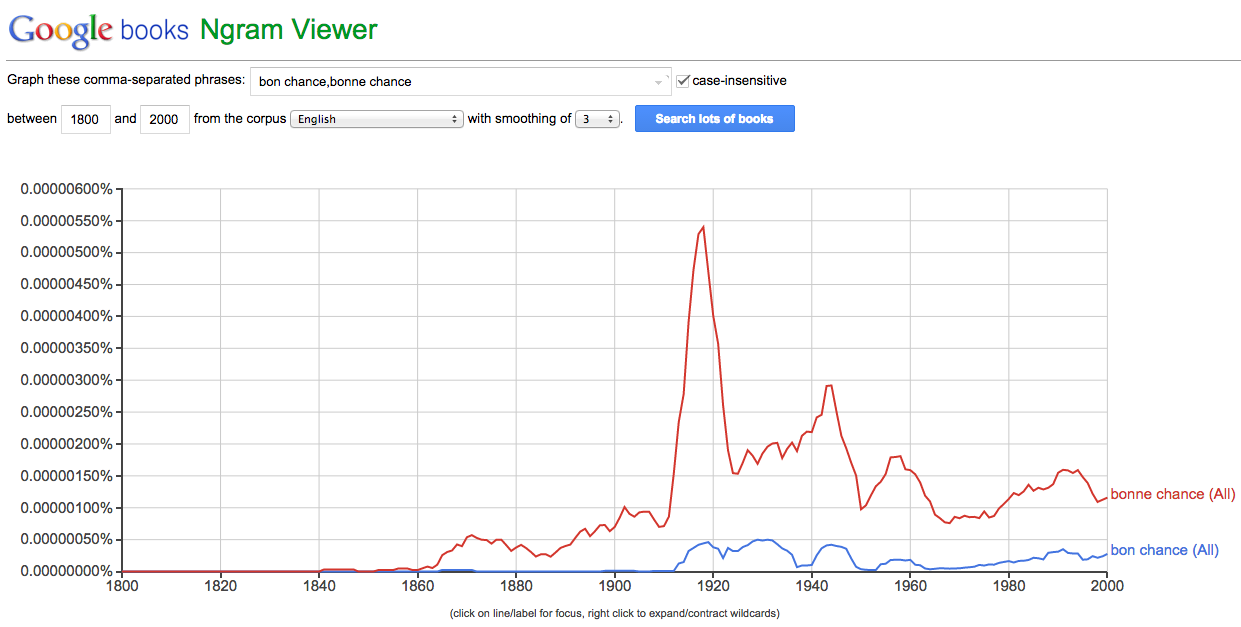 adjectifs accord genre
Share
Improve this question
edited Oct 20, 2015 at 8:06

The only right way to say it is: bonne chance

You got that false answer with bon chance because your corpus is set to English. If you set it to French, you will get the right and unique answer: 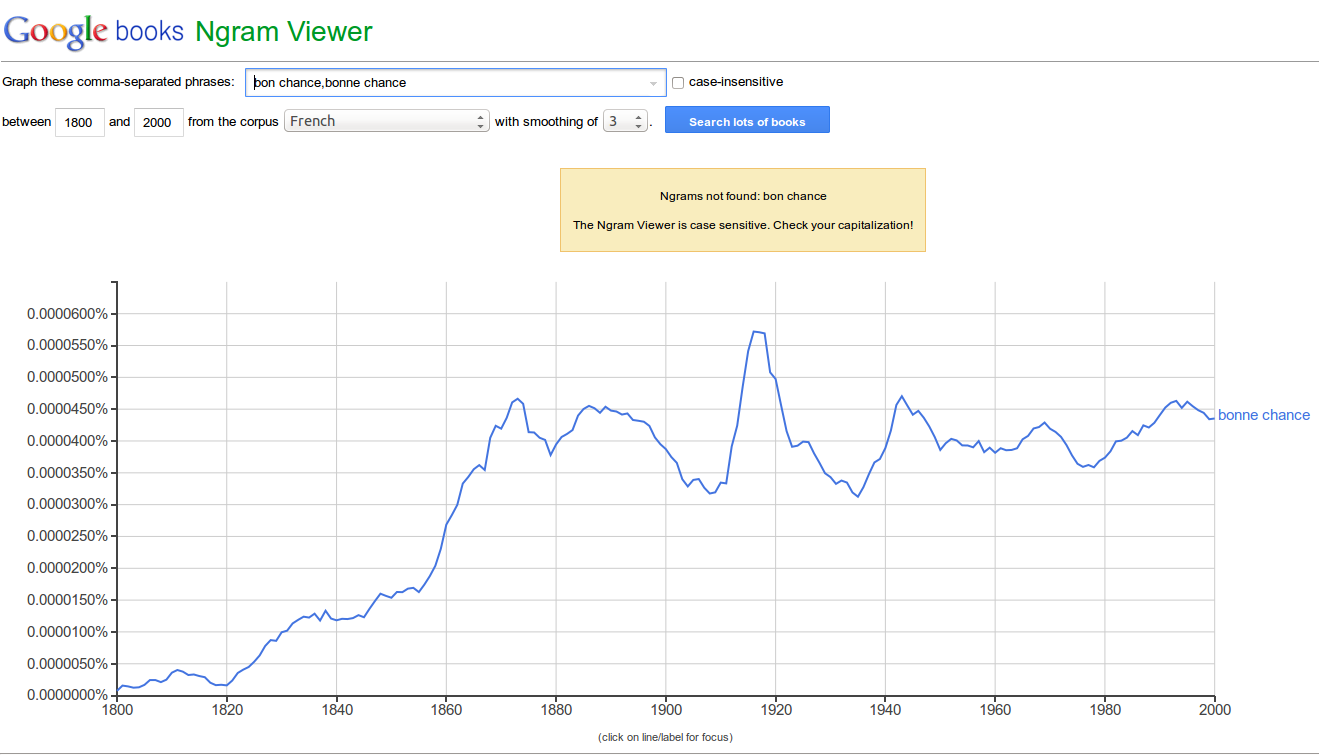 "Bon chance" isn't valid in French for the reason you wrote in your question. Chance being a feminine noun, the proper spelling is "bonne chance".

Though, "Bon chance" is said as a "joke" (at least, in Quebec, don't know about the other french speaking places). It's a reference from the movie Taken. I don't know if this is universal, but this is where most people I hear say "Bon chance" got it from. (It happens at the end of the phone call between the kidnapper and Liam Neeson in the first movie)

There is only one correct way: bonne chance.

If you've seen it written "bon chance", it's possible that it's been misspelled by the writer, because bon can be pronounced like "bonne" in front of masculine word starting with a vowel, like in "bon appétit". But it's just a mistake.

Nope, only bonne chance is correct. Is it possible you're thinking of bon courage?

As you said chance is a feminine noun, so you say bonne chance. However french people tend to pronounce "bon'" (a short "n" with no e) and not "bonne" (long 'n' with 'e' pronounced), maybe that explains your confusion?

I'm a french native speaker but I often use "Bon Chance" as a gimmick with an "Eastern-Europe Accent"...

That's because of "Marco de Tropoja" in "Taken"...

BUT, of course, the right way to spell/say/write/ear/understand it is "Bonne chance".

It should be bonne chance because chance is feminine so bon should also be feminine. bon is masc, bonne is feminine.

chance is feminine, so it should be bonne.

Bon is for masculine nouns, such as this:

They are both masculine nouns thus using bon would be correct.

Not the answer you're looking for? Browse other questions tagged adjectifs accord genre or ask your own question.

4
Translation of "Although still very young ..."
0
What ways are there of creating adjectives / adjective-clauses in French?
1
How can I find the meaning of an adjective that comes before the noun?
2
What does the word 'formidable' mean in this context?
2
Personne..ne + pronom d'objet direct: les règles de l'accord
3
Position of the adjective in complex sentences
1
"des jaloux" and "des envieux" from Le Comte de Monte-Cristo
4
« Bon vacances » ou « bonnes vacances » ?
3
Gender of nouns preceding prepositional phrases
2
"droits de l'homme" or "droits humains"?