Is there a general guide on how adjectives change meaning with position? [duplicate]

Some adjectives' meaning vary depending on the position, namely before or after the noun.

I found it quite difficult to remember the variation. Is there a "general rule" here?

I don't think there's a foolproof rule, but in all the cases I can think about, there's a figurative, non-literal and idiomatic meaning to the order "adjective + noun" whereas "noun + adjective" is the literal meaning.

You can't guess what the idiomatic meaning might be if you don't know it, though.

Un grand homme = a great (significant) man, in which the word "grand" is used figuratively

Un homme grand = a tall man, in which the adjective has a literal meaning, i.e. it means the same as "un homme qui est grand".

The following can assist. 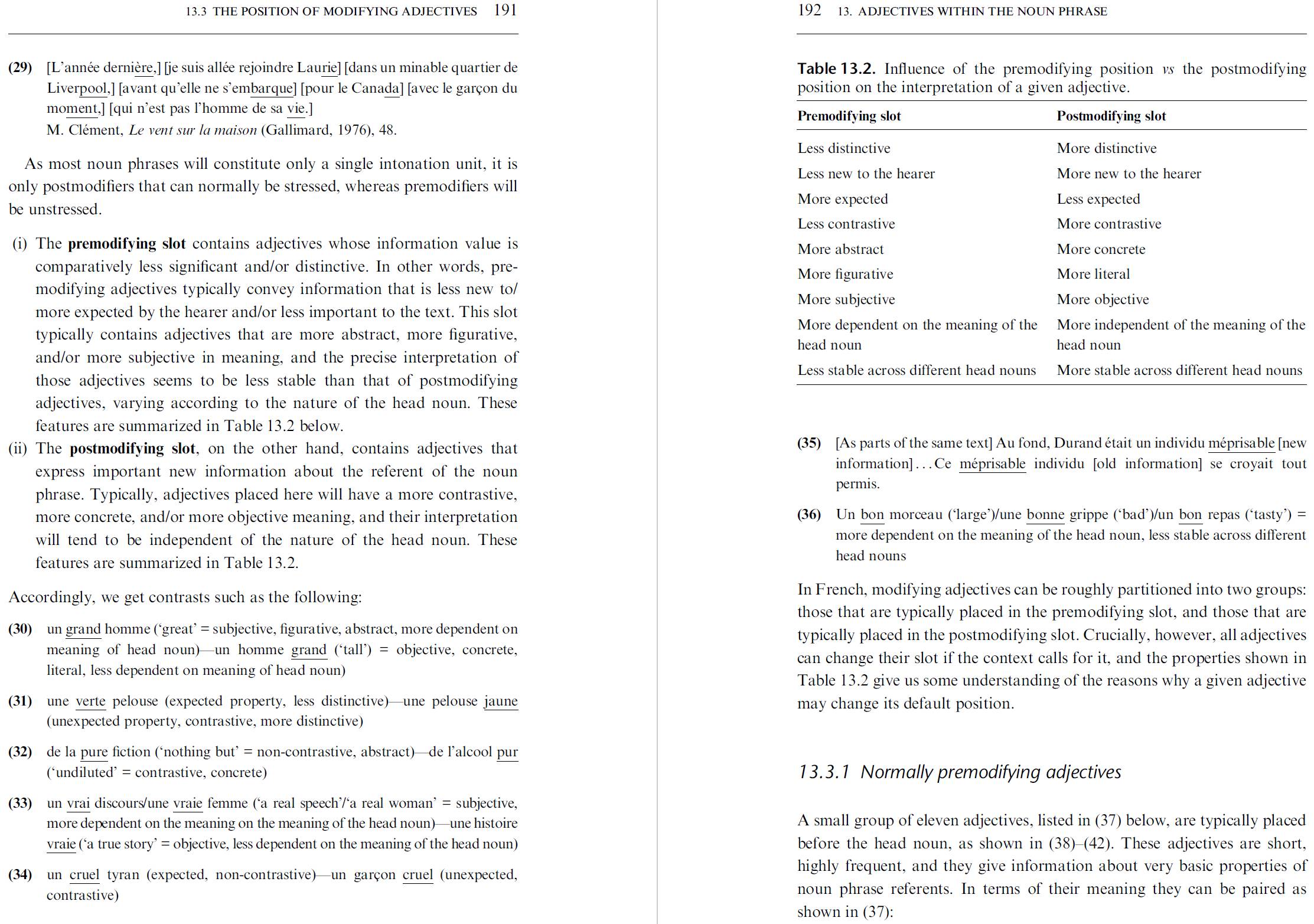 Not the answer you're looking for? Browse other questions tagged sens adjectifs ordre-des-mots or ask your own question.

2
How does the word “en” change meaning and proper ordering?
7
figurative adjectives with "il est [adjective]"?
5
Is there a rule for adjective order with multiple adjectives?
3
Adjective before/after noun when preceded by quantifier
4
Adjective position with "quelque chose"
1
Position of "haut" for the meaning "tall" or "high"
1
Pronoun position with infinitive
1
"des jaloux" and "des envieux" from Le Comte de Monte-Cristo