Does the answer change if we change the order in the sentence?

If you change the order, present participle would be used:

You would use the gerund if there is no direct or intentional relationship between the clauses (while doing something, something else happened …):

Note that your example is odd. It is very unusual to eat a steak with a knife. You cut up a steak with a knife but you eat it with a fork, maybe sticks or whatever but not a knife. That's the reason why I replaced couteau by fourchette and mangé by coupé to get meaningful sentences.

For the example of the couteau, I would naturally say:

sounds forced or too complicated, or too formal, or uncommon to me - thought it is correct.

For fun, I used Google n-grams viewer to look at statistics of avec vs. en utilisant. I do not know what corpus Google is using, so I would be careful in interpreting these results. 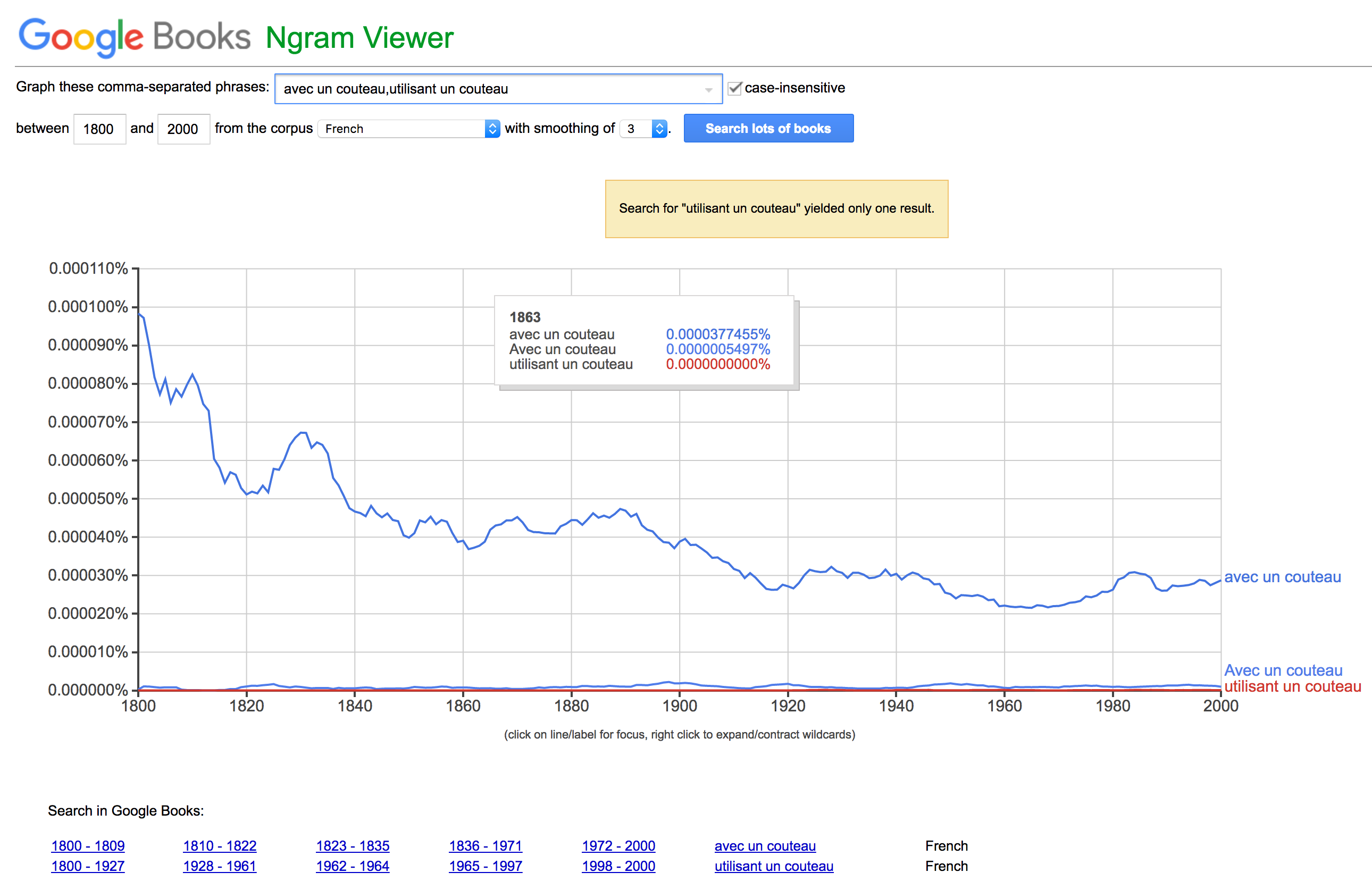 Watch out! In the diagram below, the frequency of avec is multiplied by .05. 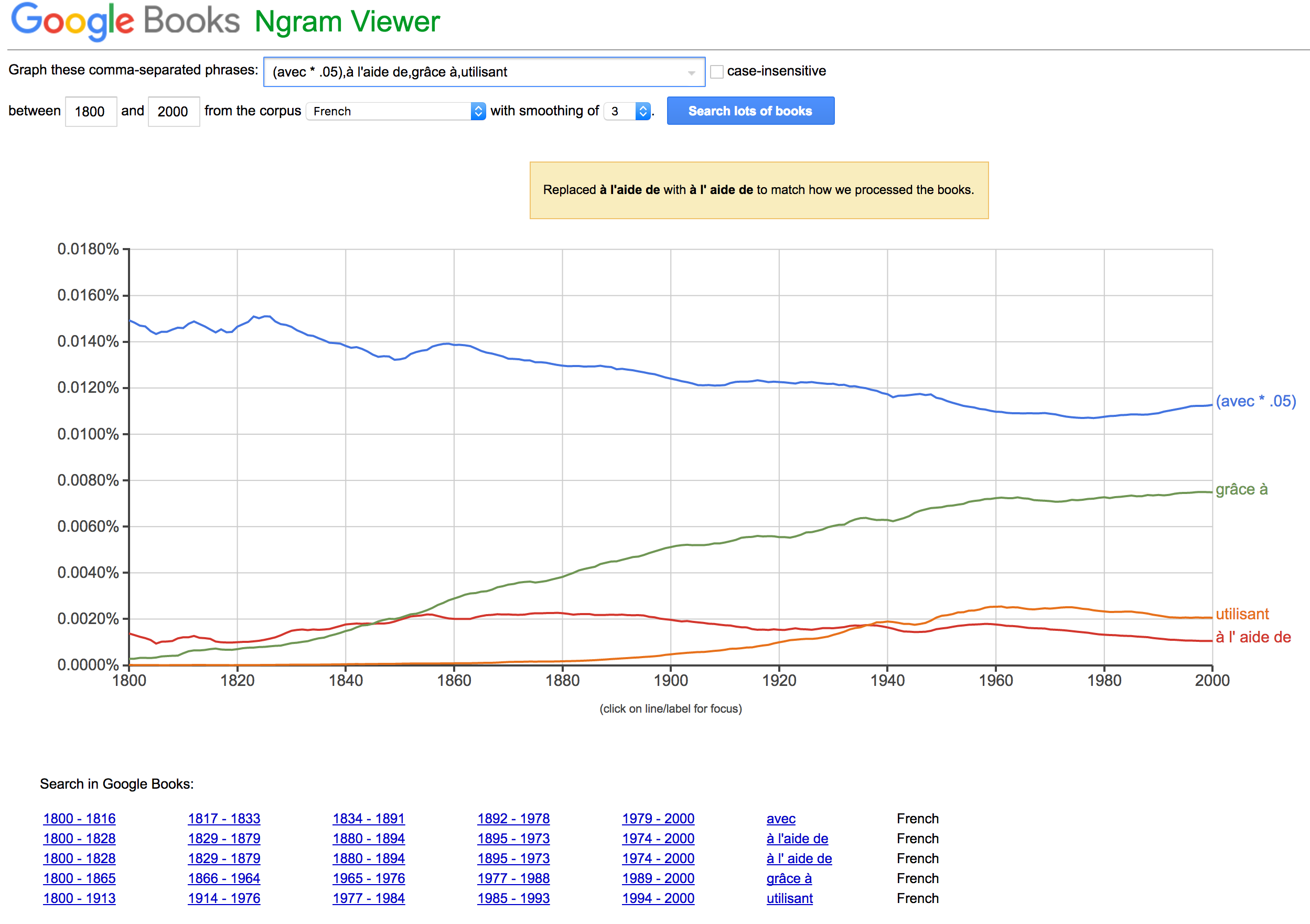 I agree with @jlliagre. For the deeper answer, there is a distinction between the gerund and the present participle.

For the first use case of the present participle, compare:

While the first is ordinary, the second sentence instantly takes a more poetic connotation.

The third, with the form used as adjective (i.e. plural) is completely different (it means, as in the borrowed English equivalent, current). This transformation into an adjective requires frequent use in order to enter the common language. It sounds therefore matter-of-fact (in this case it sounds as jargon: perhaps a meteorologist would use it).

Note also that the original present participle was also intransitive (no complement) and used metaphorically (with the idea of "existing for some time"; we can draw a parallel with a similar usage of the English adjective running with a meaning of time, e.g. a long-running discussion).

Not the answer you're looking for? Browse other questions tagged grammaire participe-présent or ask your own question.