Is there a term for an amateur bicycle rider in French?

I saw this nice picture of the President of France, and recalled a term we Russians use for a bicyclist who only rides small distances in the city: "flowerbed rider" (клумбокат). I would not call it derisive, it has a nice amateurish touch to it. A lot of people call themselves "flowerbed riders". There has been a bicycle craze in Russia in the last several years.

I'm curious if there's a similar term in French. 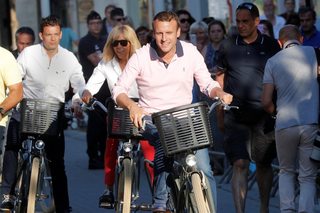 Not really. If someone only cycle for small distances to go to work for instance they won't call themselves cyclist. Someone who goes cycling every once in a while are called

There are also sunday runners, walkers ...

Not the answer you're looking for? Browse other questions tagged demande-de-mot or ask your own question.