I need to put a sign of "This side up" in English and French on a few boxes that I need to ship. What would be the most common choice of words for such a sign? Is "Ce côté vers le haut" correct? 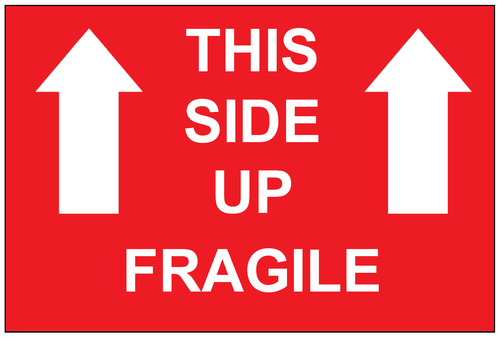 Although I do speak some French, doing the right choice of words is not always easy.

If anyone knows the most common phrase used for this kind of signs in Quebec (Canada) it would be even better.

Yes, you got it right on the nose. As Stéphane Gimenez said, "Ce côté vers le haut" is a very good wording. I live in Québec, and that phrasing is actually what I've seen on boxes of that type. So go ahead with that!

Canada Post in this French version of ABCs of Mailing even uses it. (You can Ctrl+F "Ce côté vers le haut" to find it.)

In France, one usually writes just ↑HAUT↑ near the top, often with an arrow pointing up, and often also BAS near the bottom, sometimes in smaller script and usually with no arrow. While “ce côté vers le haut” or “ce côté en haut” would be understood, it is not idiomatic French in France (apparently, they are idiomatic in Québec).

Fragile is FRAGILE, no surprise there. The word is commonly associated with a picture of a drinking glass.

These pictures (by a label merchant) are fairly typical: 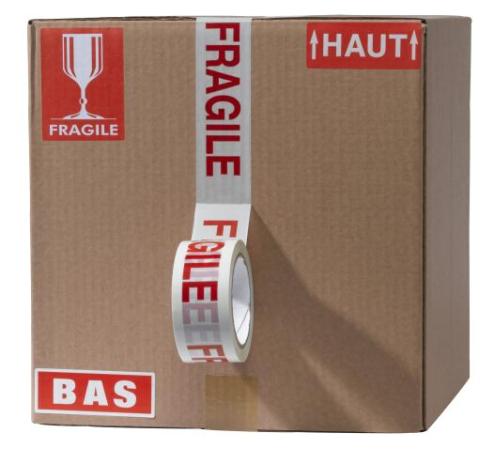 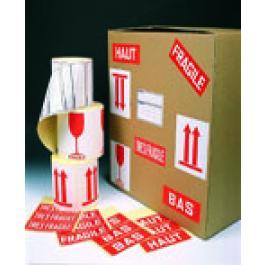 Or this photo from a real parcel: 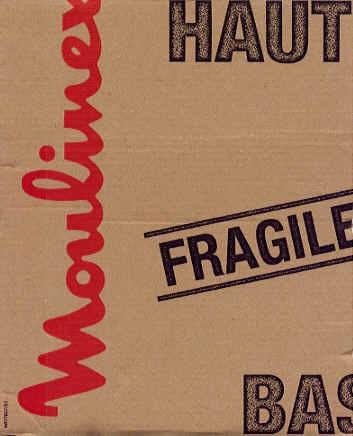 The association between the three words haut, bas, fragile is common enough that it was the title of a movie: 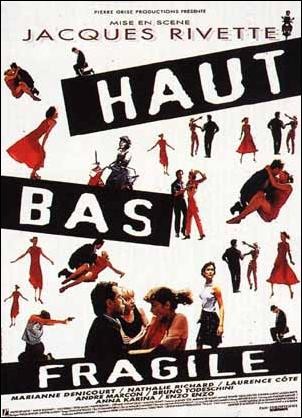 Of course, like in English, “fragile” written on a parcel means “kick me” (“tape-moi dessus”).

0
Is this the best way to say some... others?
0
In this context, would tes or vos be more appropriate?
0
How to describe this type of pick up line in French?
0
Most natural way of saying "What is this for?" ?
2
Is this use of “on” technically correct?
7
How is this linguistic concept called in French?
2
What's the difference between «réaliser» and «se rendre compte» in this context?
0
How does devoir work in this context?
7
What is the proper word to designate this small bag?