There is no difference in meaning. There used to be a difference in usage, il en est de même was the norm until around 1880 where il en va de même started to be used. Nowadays, both are almost equally used in written French. They are both somewhat formal expressions so you are unlikely to hear them in everyday's conversation. 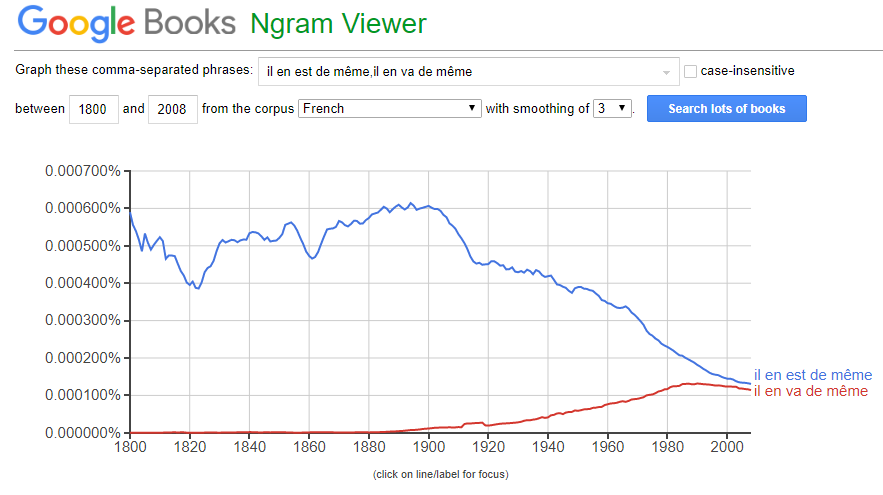 As cl-r's comment pointed out, there are cases where using être instead of aller can be considered more suitable, in particular when the expression is referring to a "static" status and has no complement.

The Académie française is recommending the latter for being "de meilleure langue."

I would say there is a slight difference in meaning, though not much people would notice it.

Both expressions closely mean the same thing, except the verb. "Il en est de même" uses the verb "être" which when translated in English, "to be", often refers to a state, or when you describe a static property of something. You would translate this expression as "The same applies".

"Il en va de même" uses the verb "aller" which, in this case, abstractly means an occurring action. You would translate this expression as "The same goes" but more in a "the same happens/will happen" way.

Not the answer you're looking for? Browse other questions tagged expressions usage expressions-idiomatiques or ask your own question.