I ran across this while reading, and none of the definitions I found here fit the bill. I get the gist of the sentence because I've read this in English, but I still can't make sense of the word itself in this context.

The link you provided does give the answer to that question:

So, there you have a translation, a proper question and an example.

Un francophone also provided il est question de and that can be also said in English: it's a question of.

With own words: You can use that phrase when you want to specify the object you're talking about more precisely. For instance: It's an animal with eight feet.

Thus, your sentence could be translate:

Said that, I wouldn't use a question of or a matter of in your example. Both could be used in the second meaning that Un francophone said, for instance:

It's a matter of life and death.

It's still a matter of debate.

I would like to propose another translation of the expression, maybe more generic than the others. I think that in most cases, il s'agit can be translated by the expression it happens to be.

Could be translated by:

It indeed happened to be Drago Malefoy.

It's not really a pretty translation, but it's somehow easy to use.

Spontaneously my mind came up with

It deals with, It concerns,

But for direct simplicity, "it's about" takes the biscuit! i.e. gets my vote! ( dunk, dunk, slam dunk! n'est Pas?) 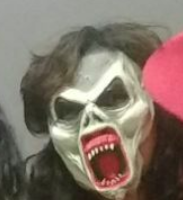