“Collège” vs “Collégien”: why is the accent different?

This means that the same root will appear with both <é> and <è> depending on the suffixes that follow:

This is somewhat muddled by an older orthographic principle that kept <é> throughout a word's inflexional and derivational paradigm, hence why orthographic reforms often involve changing <é>s to <è>. For example:

Despite those reforms, some words remain of the ancient paradigm. In particular the prefixes dé- and pré- are never written dè- or prè-: hence the spellings prévenu and détenu, instead of the expected prèvenu and dètenu.

Note that this is only a question of spelling, not of pronunciation. There is a tendency in most dialects toward having /ɛ/ in closed syllables and /e/ in open ones, but it isn't absolute for most of them. Any French speaker may depart from the above rules when speaking by pronouncing the /ə/ in the middle of a word and keeping the previous /E/ as a closed [e], by keeping the same vowel in a root whatever its syllabic structure may be, or by letting the height of the vowel in the final syllable influence that of the previous ones (so that "vous cèderez" might be pronounced vous [vu.se:d̪.ʀ̥̝e] and "il cèderait" [i.sɛːd̪.ʀ̥̝ɛ], which is what I do).

As an aside, I'm a speaker of dialect that distinguishes /ɛ/ and /e/ in all syllables, whatever their position in a word or their structure and this orthographic convention caused me no end of trouble as a schoolkid until I understood -in college- the rules applied by the spelling authorities and how their phonological system differed from mine.

When forming a derivative word in which the è is no longer followed by a mute e, the letter è is changed to é". 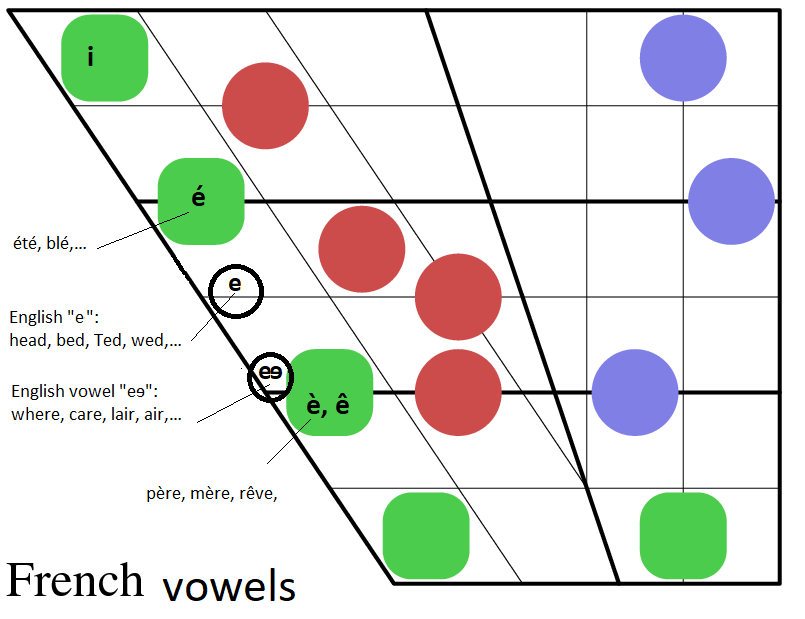 19
Why are “an” and “en” pronounced the same? Pourquoi « an » et « en » ont-ils la même prononciation ?
10
Etymology of the different uses of “temps?” / L'étymologie des homonymes de “temps”
6
What is the etymology of the word “dada” as it is used in French to mean “horse” (cheval)?
7
Why “truculent” English and French meanings are so different?
11
Why “déjà” with grave accent on “à”, not just “déja”?
1
“Hypocrite” definition in French vs English
3
What are words inherited from Latin like as opposed to words borrowed from Latin?
3
Ledit and derived terms
4
Is there any evidence that “pièce de résistance” had its origin in people playfully referring, as one might in Eng., to bringing out “the big gun[s]”?
5
Accent circonflexe sur « mû »