How to translate “Me doing X” like in online posts?

In the context of memes, you will say something like "quand j'évite les problèmes". Here, the adverb "quand" highlights the same idea of an action as the BE-ing present.

Here is an example: 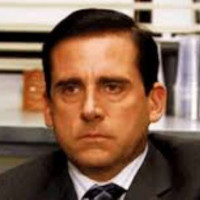 If you're also using this form instead of the longer "that's me doing X" while showing pictures to friends and relatives you'll find that the following forms are very often used; you can also use these forms in various ways as for instance in a humourous way or a sarcastic fashion when you draw a comparison between yourself and a personnage (real life character or played character) or entity of any sort (Mickey Mouse, a monkey, a martian, …) that you see in a paper, on TV, on film in general, in a painting, or even as a statue.

In most of these forms and contexts you can change "moi "with "toi", "vous", "lui", "elle" and "eux", and thus, instead of pointing at yourself, make someone else the subject of your remark.

Not the answer you're looking for? Browse other questions tagged langage-informel langage-des-jeunes or ask your own question.

3
Formation of adjectives by means of freely productive suffixes? (Banana-y, monkey-ish, etc)
5
How do you say “Fuck + noun”?
0
French twitterspeak/memes?
3
How would you say “AKA/as in”?
2
Equivalent for sarcastic question “X much?”
1
Is there anything like “little old X” for describing something?
1
Friendliness in French writing
3
Sarcastic “Surprise, surprise” equivalent for informal French?
4
Informal words for tv set? Informal agreement?