but you CAN'T say:

Elle lui a vu la mère. ("She saw her mother." At least, that's what I think it should mean.)

In the second example, I believe you have to say:

Il m'a tordu le bras. He twisted my arm.
Elle lui lave les cheveux. She washes his hair.
Il lui a craché à la figure. He spat in his (or her) face.

This is the same construction for your example,

"I took her hand" is an action the subject applies to someone else's body and uses the COI/indirect object pronoun.

The meaning is different from the reflexive pronoun and les verbes pronominaux (me, te, se, nous, vous, se) other than that the reflexive is often used with body parts. The underlying grammar is similar, but the reflexive is used here when the subject and verb are referring to the same person's body. It functions like an indirect object in word order.

Your apprehension of this matter is correct. It is the subject of a subsection in LBU 14th edition (§ 672 c)).

Here is what can be read there. (Capital letter divisions, bold type and italics due to user LPH; "Elles" in the first sentence stand for "les formes conjointes objet indirect des pronoms".) 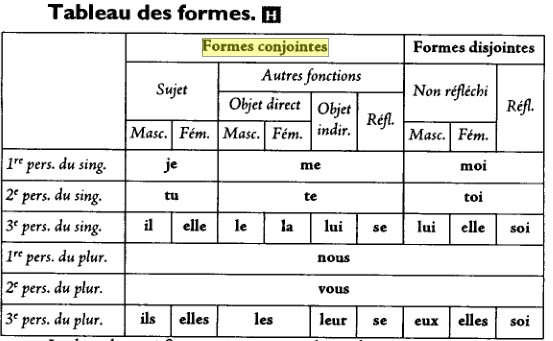 Constructions on the model of "(A)" and "(B)" are standard; those in "(C)" border on the unacceptable and those in "(D)" are really not acceptable in standard French; those in that latter section, said to be current in "Le Midi" are only current among the less educated portion of the population.

In "(A)" the model of the first example is not standard French. For instance, "La main gauche lui tremblait.", on this very model is not said, normally; it is found rather in the talk of people with little education. Constructions on the model of the last sentence in "(D)" are acceptable but not elegant (Je m'enlève mes pantoufles.).

Not the answer you're looking for? Browse other questions tagged pronoms verbes-pronominaux possessif or ask your own question.

6
Possessive adjective before a body part
2
Why are both definite article ("les") and possessive determiners ("mes", "tes") used here for body parts?
2
French possessive adjectives vs reflexive pronouns (when to use and how)
1
A very simple question concerning the verbe « barrer »