So I got really interested in this old French song about kicking out the English called "Le Roy Engloys", but I can't really find a source comprehensive enough so that I can actually sing it with a somewhat-accurate reconstructed Parisian Middle French. Would anyone be able to help me with the pronunciation (IPA would be nice) or link to a comprehensive but not too comprehensive guide?

Edit: My admittedly amateurish take on the IPA of the whole song (first 2 lines by Eau qui dort) 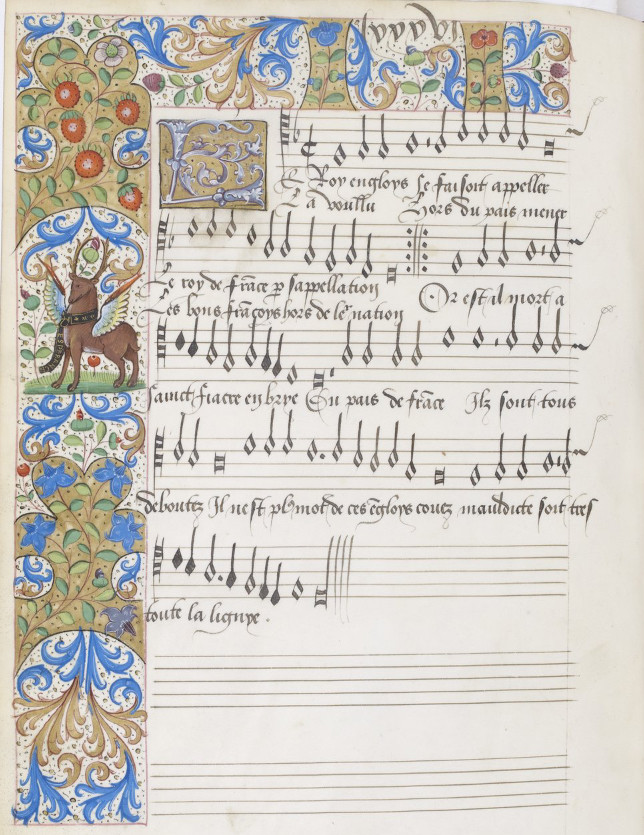 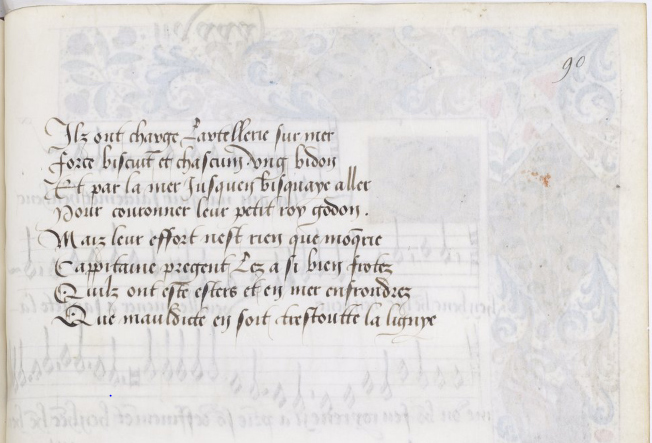 The most complete freely accessible source for the dating and chronology of sound changes in French is in my opinion the histolf site of the Université Libre de Bruxelles, and especially its pages on the development of each Latin phoneme into French: https://histolf.ulb.be/index.php/tables-par-phoneme (each phoneme is then examined environnement by environnement, with examples). This won't tell you how a word was pronounced, but when each change occurred, so it requires some previous knowledge of the evolution of French. For example, the two "oy" in the title of your song are described here. At this point the diphthong /oɪ̯/ had already evolved to /we/ or /wɛ/, but not yet lowered to /wa/ (in royal) or simplified to /ɛ/ (in anglais).

A more accessible but much less complete summary is available on the phonological history of French wikipedia page, which seems free from major errors even if I have some quibbles with a few individual dates or reconstructed qualities that seem influenced by modern French.

A third very good source for your goals is the Chantez-vous français? which aims at reconstructing the pronunciation of Classical French based on the very detailed (but by modern standard linguistically naive) descriptions of the grammarians of the time for the purpose of classical singing. In particular, it talks quite a lot about the length oppositions and the minute differences in the mid vowel quality the grammarians described, which shorter chronologies skip over. It's all written in French and mostly in prose though, which probably makes it fairly opaque if you're not fluent in the language, but there's a few tables here and there.

I'll still try to provide a summary of the differences between 15th century French and the modern standard (with the caveat that in depth descriptions aren't available until the next century):

Finally, an IPA attempt at the first two lines of the song. I can't promise this is correct, I'd need to research the history of each word to be secure in my conclusions, and even then there's uncertainties in the dating or manner of several changes:

pɛji: pays evolved weirdly, and I can't be sure this was really what was by the spelling paÿs

Not the answer you're looking for? Browse other questions tagged prononciation histoire paroles-de-chanson or ask your own question.