Rules of thumb for auxiliary verbs (avoir/être) in passé composé?

Can someone point to some strict rules or rules of thumb for using être/avoir for passé composé for irregular verbs? Does it follow from change of radical for different tense?

In German, a change of the radical vowel means, you have to use avoir. But there are also some verbs, for which one can use either avoir or être to build Perfect, or at least one usage is more common in the south and the other in the north region of Germany. A rough rule in German and in general Germanic languages is that "weak verbs" and intransitive verbs mostly need être to build the perfect as far as I know. But French has 3 times as many irregular verbs as German, so maybe there are very different rules. Are my hints and assumptions above a good start?

PS: This site lists the rules for German verbs very accurately (in German).

The comparison with German is not going to be very helpful, in general. Here are rules of thumb for French:

The rule of thumb for the short list is that they generally indicate some motion or movement. They are often assembled into a mnemonic diagram called "la maison d'être" such as you can easily find on the web (like here). 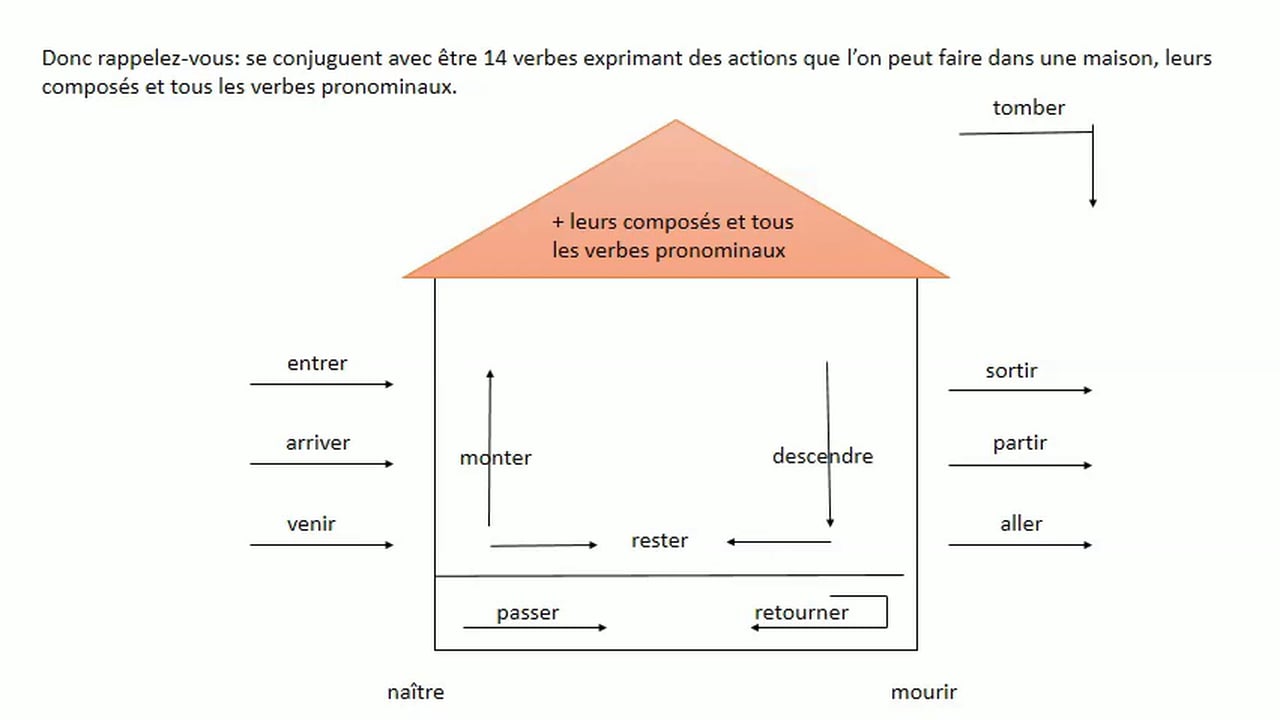 It is worth it to simply memorize this list since the same rules apply not only to Passé Composé but to all compound tenses.

Not the answer you're looking for? Browse other questions tagged verbes allemand auxiliaires passé-composé rule-of-thumb or ask your own question.

9
Imparfait vs. passé composé for “devoir”?
1
Formation du passé composé
8
Why do some verbs take être as an auxiliary?
2
Full list of verbs conjugated with "être" and "avoir"
1
Irregular verbs ending with -er
4
Example verbs for conjugation groups 1, 2, 3
4
Avoir et être au passé composé
2
Clarifications on the use of "depuis" with the "passé composé"
3
Meaning of the passé composé with être
2
Most important French verb forms